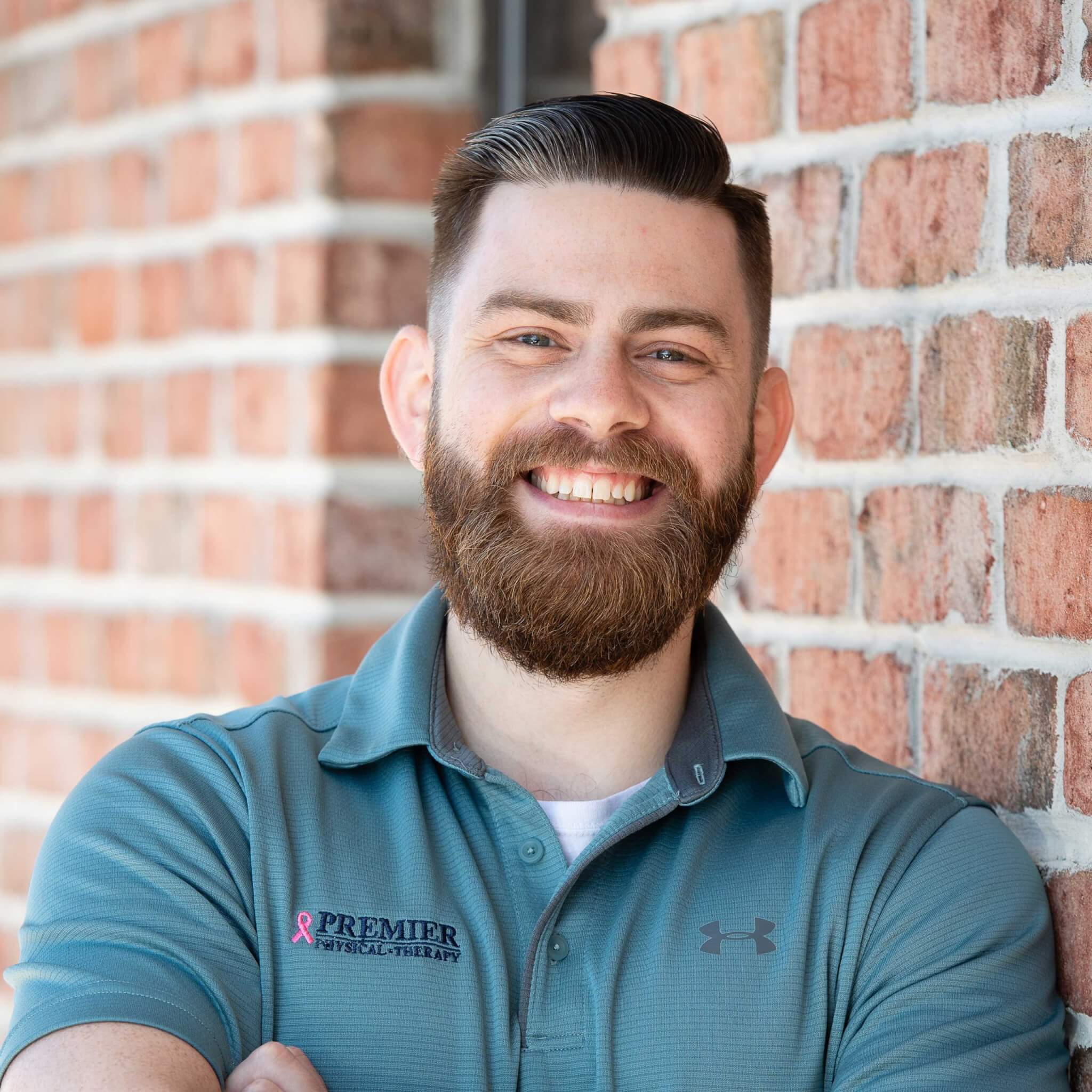 The longest-serving physical therapist at our clinic is Patrick Colpitt. Patrick graduated from MUSC with his doctorate in physical therapy and completed his undergrad at Bob Jones University. He originally began as a pre-med student, but quickly found his passion in physical therapy after attending an information session with a friend. Since joining our clinic in 2013, Patrick has become certified in Orthopaedic Manual Therapy. He has also received training in the McKenzie Method and Mulligan Concept. Patrick aspires to be fully certified in both techniques in the near future.

Patrick and his wife Jodi, have two sons named Griffin and Greyson. He is a big New England Patriots and Boston Red Sox fan and his favorite snack is beef jerky! Patrick was a military brat and moved around a bunch, but grew up in New Hampshire. Before becoming a physical therapist, he worked as a shoe salesman and at a tree removal company. We consider ourselves blessed to have had Patrick as a member of the Premier family for so many years.